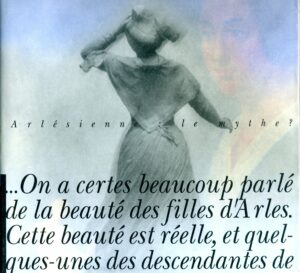 Pascale Picard, who has a doctorate in art history, is director of the Musée Réattu. She painted a picture of the Van Gogh of 1889 who, between East and West, between Japan and Roman culture, found his way to Arles, where he asserted a creative genius outside the norm – and absolutely incompatible with the regionalist artistic and literary landscape dominated at that time by the figure of Frédéric Mistral.

Arles 1889: the paradox of a choice that catalysed Vincent’s creativity in a city where no one could accept his painting or even look at it! But what exactly was there to see in Arles in 1888?  To answer this question, Pascale Picard bases herself on the research that led her to mount the exhibition Arlésienne, le mythe? in 1999–2000.