The exhibition Van Gogh in Provence: Modernizing Tradition brings together 31 paintings – of which 29 have never before been shown in Arles – from the collections of the Van Gogh Museum in Amsterdam and the Kröller-Müller Museum in Otterlo.

The third retrospective devoted to Vincent van Gogh at the Fondation, it confirms the institution’s major role in facilitating an ongoing examination of the artist’s work and thinking, namely by presenting these latter in constant interaction with contemporary artistic production. Thus Van Gogh in Provence: Modernizing Tradition is accompanied by a concurrent solo show of British painter Glenn Brown.

Selected by Sjraar van Heugten, one of the world’s foremost experts on Van Gogh, the 31 paintings on display offer a panorama of seven years of intense activity, culminating in the artist’s stay in Provence, where he produced some 500 works.

Over the course of the rooms, Van Gogh’s palette becomes – as he puts it himself – more “exaggerated”, his brush stroke more forceful and his composition more audacious. All the while, however, the artist preserves a remarkable continuity in his choice of motif. Van Gogh constantly experiments with ways of modernizing landscape, portraiture and the still life – the traditional genres to which he remains unwaveringly attached, following in the steps of his revered masters: Rembrandt, Hals, Delacroix, Millet, and artists of the Barbizon School such as Breton.

The canvases chosen for this exhibition allow us to follow Van Gogh’s artistic quest from its beginnings right up to his death: in Nuenen in the Dutch province of Brabant, where his humanism
leads him to portray the rugged existence of rural peasants; in Paris, where he paints his own portrait for the first time and ventures upon vibrant colour contrasts in floral still lifes; in Provence, where he finds the glorious southern light that exalts the face of nature; and finally at Auvers-sur-Oise, whose wheat fields captivate him one last time and open up the path to contemporary abstraction.

Vincent van Gogh is born on 30 March 1853 in Groot-Zundert in the Netherlands.

At the age of 16 he joins Goupil & Cie, a firm of art dealers in The Hague, and subsequently works in the company’s offices in Brussels, London and Paris. Appalled at seeing art treated as a commodity and growing increasingly religious, he goes back to England to teach at a school and to preach the Gospel. He is 23 years old. Within 12 months he returns to the Netherlands and works in a bookshop before becoming a lay preacher in a mining community in Belgium. It is soon clear that he is unsuited for this role and his post is not extended.

In August 1880, at the age of 27, he decides to become an artist. To train himself, he copies prints by or after famous masters, notably Jean-François Millet. He longs above all to become a painter of peasant life and everyday reality. He reads the novels of Balzac, Hugo, Zola and Dickens, which reinforce his social convictions and his taste for the life of the working classes. Spurred by a real empathy for nature, he also pursues his love of landscapes. In 1886 in Paris he discovers Japanese prints and Impressionism and mixes with Toulouse-Lautrec, Pissarro, Seurat, Signac, Russell, Gauguin and Bernard.

Convinced that colour is the key, and with Eugène Delacroix and the Japanese masters as his guides, he leaves for Provence in search of the southern light under which colours are heightened.
Dreaming of establishing a creative community with his artist friends, in February 1888 he settles in Arles. Here he further develops his ideas on style and technique and paints increasing numbers of landscapes, still lifes and portraits of local people. By the end of December, the first signs of his illness become apparent. Exhausted, he is hospitalized on several occasions and eventually enters an asylum in Saint-Rémy-de-Provence, where he remains for a whole year.

During the 444 days he spends in Provence, Van Gogh produces over 300 paintings and some 200 drawings. His art reaches the height of its modernity.

In May 1890 he settles in Auvers-sur-Oise, where Dr Paul Gachet keeps an eye on his health. In the space of two months, Vincent produces the final 70 paintings of an oeuvre that comprises more than 2,000 paintings, drawings and prints. On 27 July 1890 he shoots himself with a pistol and dies two days later at the age of 37.

His artistic genius, recognized soon after his death, the publication of his Letters in 1914 and his tragic fate make him, in the 20th century, a veritable international icon. 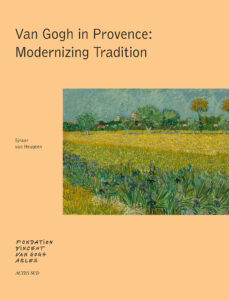