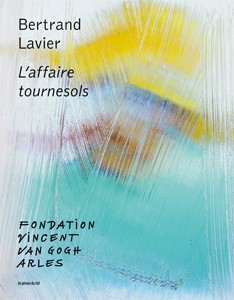 Bertrand Lavier has conceived the entrance gate of the Fondation Vincent van Gogh Arles by reproducing Vincent’s signature in gigantic dimensions. This entrance represents the enlarged detail of a picture in which the characteristic Van Gogh touch is expressed as well as Bertrand Lavier’s own touch. Since 1980, Bertrand Lavier has been covering various found objects such as fire extinguishers, pianos and pictures with a striking heavy trace, in order to create his metasignature, by means of these conceptual explorations.

With regard to “L’affaire tournesols”, his exhibition at the Fondation Vincent van Gogh Arles, he smilingly admits to showing “the whole painted work”. This declaration is probably quite close to the truth because examples of the “painting” theme peculiar to his “construction sites”— as he calls them (“chantiers”) —will be on view. We will discover in particular mirrors painted with the “Van Gogh touch”, including a work in which will be reflected Vincent van Gogh’s original work, Self-Portrait with Pipe and Straw Hat, 1887,  along with works making reference to recent art history, such as the “Colour Field Painting”, and to Frank Stella (one thinks of that work which he has now transposed in yellow neon).
The title of this show, “L’affaire tournesols”, seems like a double allusion, to Van Gogh, needless to say, but also to Tintin and his companion Professeur Tournesol, the eponymous character of the exhibition.

For more than 40 years, Bertrand Lavier (born in 1949) has been producing a heterogeneous and wide range of works playing with hybridizations and transpositions of forms. In appropriating the codes and signs of contemporary society, he constructs an iconoclastic art that is open and amused. His work has been shown in cultural institutions such as the Villa Médicis in Rome, the musée d’Art moderne in Paris, the Consortium in Dijon and the Castello di Rivoli. In France, the Centre Pompidou and the musée d’Art moderne in Saint-Étienne both held solo shows of his work, in 2012 and 2011 respectively.

In 2013, he produced the entrance gate of the Fondation Vincent van Gogh Arles, nothing less than a street picture which identifies the institution at first glance. 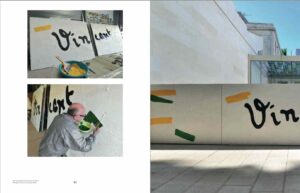 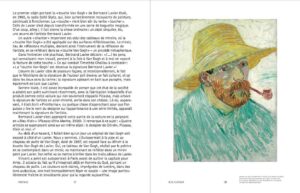 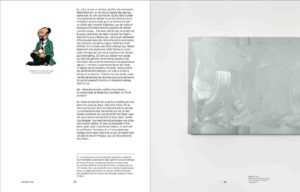