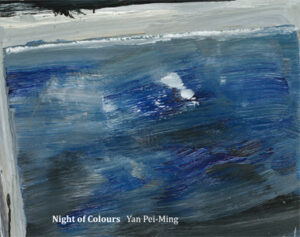 This publication presents a series of new paintings, done in homage to Vincent van Gogh, in which color occupies an unusual place in the work of the Franco-Chinese artist, as well as major works by Yan Pei-Ming related to the theme of the night. The body of the book is framed by some archival footage used by Yan Pei-Ming as iconographic source for his paintings, which have never been published before.
Yan Pei-Ming (born in Shanghai in 1960) grew up in the civil war atmosphere of the end of the Cultural Revolution. He arrived in France in the early 1980’s and settled in Dijon, where he studied at the School of Fine Arts, then at the Institut des hautes études en arts plastiques in Paris. Yan Pei-Ming is known for his huge dichromatic portraits painted with sweeping brush strokes, often saturated with black, white and sometimes red. As a portraitist interested in current affairs, he paints in close-up the faces of popular and political figures such as Chairman Mao and Barack Obama, while also making more intimate portraits.

Published on the occasion of the eponymous exhibition held at the Fondation Vincent van Gogh Arles, from 20 September 2014 to 17 May 2015.