Every year during the summer months, the Fondation Vincent van Gogh Arles organizes Van Gogh Live!, an eclectic programme of events celebrating the different, individual and unique practices of a select number of French and international artists. The Fondation’s terraces and patio become the magnificent setting for a nocturnal schedule of live performances and film screenings. Steeped in the magical atmosphere of Provençal summer nights, these evenings of artistic discovery promise to inspire, surprise and enchant.
In keeping with the spirit of Van Gogh (Music) Live! 2014, this summer’s programme is once again rich and varied, with the special participation of filmmaker Michel Auder, soprano Cécile Rives accompanied by Italian jazz drummer Aldo Romano, and American artist Roni Horn, who will be presenting a literary performance with poet Anne Carson. 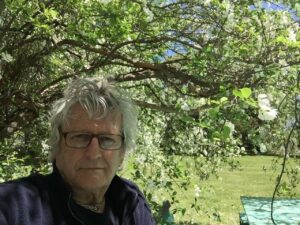 Michel Auder, born in Soissons, France, has lived in New York since 1969. With his short videos, the filmmaker has established a raw and poetic aesthetic which bases itself on accidental and unexpected events and thus trusts in improvisation and the beauty of chance. At the heart of his work are the people close to him: observed in the course of their daily lives, his friends share their personal experiences and points of view in a spontaneous manner.

Michel Auder was one of the first filmmakers to work with the Sony Portapak. This ground-breaking portable video recorder, which he started using in 1969, allowed him to develop an intimate, video-diary style of filming. Turning his gaze upon the people around him and upon the universes in which they live, he creates touching, sincere portraits devoid of artifice.

From 6 to 11 July 2015, the Fondation is presenting an extensive overview of Michel Auder’s work, with a new selection of videos being screened in the patio area every two days. The courtyard, panoramic terrace and patio are open to the public from 10pm until midnight. The artist will be making a personal appearance in conversation with Bice Curiger on Wednesday, 8 July at 7pm. Michel Auder’s videos have been exhibited in numerous museums and institutions in the United States and in Europe.

Jazz drummer Aldo Romano – one of the greatest – is also a singer, songwriter and composer. From bebop via fusion to free jazz, he has recorded a multitude of albums and worked with a host of other celebrated musicians: Don Cherry, Chet Baker, Michel Portal, Carla Bley, Claude Nougaro…

Cécile Rives is an opera singer and vocalist. She studied at IRCAM, the Institute for Research and Coordination in Acoustics/Music in Paris, but is also a trapeze artist and likes to meld her singing with other spheres: contemporary and improvised music, contemporary art, circus and music hall…

The title A Drum is a Woman is inspired by an album originally composed by Duke Ellington. For the duo’s musical performance on 15 July, the multi-faceted voice of Cécile Rives dialogues and plays with the free jazz and lyricism of Aldo Romano’s drumming in a unique composition à deux in real time. 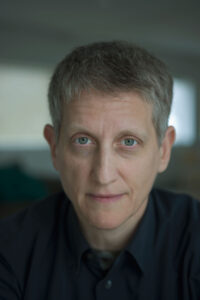 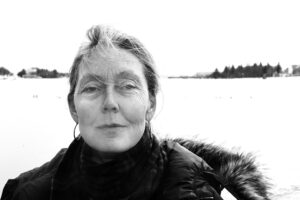 American artist Roni Horn, born in 1954 in New York, works on the mutability of material, language and identity. Literature is a core strand of Roni Horn’s practice and manifests itself both in the new Hack Wit body of works currently on show at the Fondation and in the artist’s encounters with writers. One such encounter with the Canadian poet, essayist and Classical scholar Anne Carson gave rise to the text Hack Gloss, which offers a literary pendant to Roni Horn’s Hack Wit drawings, based on the principle of cutting up and then recomposing English idiomatic expressions.

At the evening event on 26 July, Anne Carson’s Hack Gloss is the object of a reading for four voices – a vocal fireworks display which articulates itself around the linguistic and visual propositions of Roni Horn.