Santon figurines from the Museon Arlaten,
Prints after Millet,
Works from the Collection of the Fondation Vincent van Gogh Arles,
called the Yolande Clergue Collection 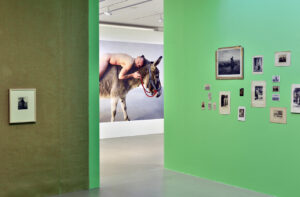 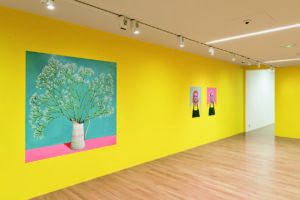 The notion of a life pursued away from industrialisation is one resolutely full of prospect. Over the course of history and art history, it has inspired a multitude of experiments – the Barbizon School, Pont-Aven and, to a certain extent, Vincent van Gogh’s “studio in the South” among them. A contemporary of the social changes wrought by the revolutions of 1848, Van Gogh sees the figure of the peasant enter the political consciousness of a society whose traditional structures are being overturned by progress. Reproductions of Jean-François Millet’s Labours of the Fields series, which Vincent discovers in 1873 in London, cover the walls of his Arles studio 15 years later. Having grown up in the Dutch countryside, Van Gogh’s deep-rooted need for nature is accompanied by a compassion for the peasant classes, whom he paints as if he were one of their own – as if he felt and thought the same way as them about the soil, the grass and the wheat.

The thematic exhibition La Vie simple – Simplement la vie / Songs of Alienation documents this unaffected look at poverty, the admiration for Millet’s art and the search for a union of humankind with nature, but also charts the desires and nostalgic yearnings associated with the ideal of “the simple life”. Bringing together popular devotional objects and reproductions of paintings and engravings by Jean-François Millet, in company with an original canvas by Vincent van Gogh and works by living artists, the exhibition engenders a spirit of artistic profusion and interrogates the primacy of the image within this wealth of perspectives on “the simple life”. It treads an open and exploratory path that echoes with the many promises of a daily life relieved of urban constraints and the sovereignty of humankind.

Thus some of the contemporary works in the show particularly examine our – too human – relationships with nature and the animal kingdom. The latest animation film by David Claerbout, The Pure Necessity (2016), is an astonishing adaption of The Jungle Book released by Walt Disney in 1967. Free of all humanisation, the animals now seem to border on passivity.A large-scale photograph representing Juergen Teller embracing a donkey confronts us with the artifice that can hide behind the idea of man returning to nature, whereas in their installation on the Fondation patio, Pawel Althamer and Marcin Kalinski establish the ideal conditions for a convivial space to flourish between visitors and birds. They thereby offer an image of a post-apocalyptic natural world, hallmarked by boundless human creativity. The film O Peixe [The Fish] (2016) by Jonathas de Andrade is set against the backdrop of a river in Brazil and summons ambiguous feelings as it confronts us with an animal’s death. In the photographs, lastly, from her Iris Tingitana series (2007; from the Latin name of the iris indigenous to Tangier), Yto Barrada draws our attention to the “botany of power” with the same genus of flower so very present in the iconography of Van Gogh.