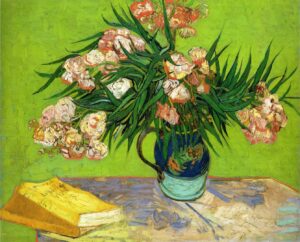 Among all the passions that inspired Van Gogh, one of the earliest, most enduring and most ardent was his love of literature. His letters bears frequent witness to this, as does his painting, which on several occasions takes literature as its central or partial motif.
We shall try to understand what served to spark and fuel such a passion in the case of an artist who was also, if not a writer, a man for whom writing was an activity inseparable from that of reflecting upon his life and his work as an artist.