As part of the arts festival « Arles se livre », Cargo de Nuit and the Fondation Vincent van Gogh Arles invite you to a conversation with philosopher and writer Paul B. Preciado and rap artist DOOZ KAWA revolving around the theme of disobedience. 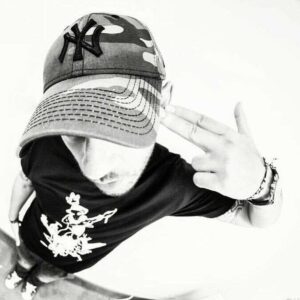 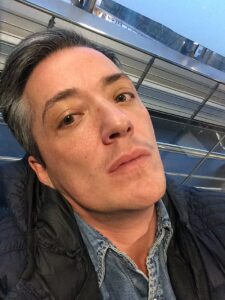 The discussion will draw upon a selection of works available in the Fondation shop for the duration of the “Arles se livre” festival.

See DOOZ KAWA in concert later this same evening at Cargo de Nuit. He will be performing from 9 p.m. onwards, accompanied by Lotus for the first part of the concert. More info and reservations:  www.cargodenuit.com

You can find the full festival programme at www.arles-se-livre.fr.

PAUL B. PRECIADO
Paul B. Preciado is a philosopher, curator and transgender activist and one of the leading thinkers in the study of gender and sexual politics. He is the author of Testo Junkie. Sex, Drugs and Biopolitics (The Feminist Press), Contra-sexual Manifesto (Columbia University Press) and Pornotopia (Zone Books), for which he was awarded the Sade Price in France. From 2011 to 2014 he was head of research at the Barcelona Museum of Contemporary Art and director of its Independent Studies Program. From 2014 to 2017 he was Curator of Public Programs at documenta 14 (Kassel/Athens).
He is currently in residency at LUMA Arles, France.

DOOZ KAWA
Discovering hip-hop and the music of Eastern Europe as a child, in the cellars of the German garrisons where his father was a soldier, rap artist DOOZ KAWA is one of a kind. Proud heir of the golden age of 1990s French rap, he defends the literary DNA of his lyrics. He has lectured at the École Normale Supérieure and at the Sciences Po in Paris, where his texts have been studied like those of the greatest poets, proving that rap’s reputation is firmly established.
In 2012 he released the album Message aux anges noirs, followed in March 2013 by a free digital compilation of freestyles and B sides under the name of Archives. DOOZ KAWA has also issued a series of four EPs titled Narcozik, of which the first two appeared in 2013 and 2014. In May 2016 he confirmed his unique artistic stature with the album Bohemian Rap Story.