This retrospective of paintings by Alice Neel (1900–1984) – one of North America’s most important female artists, although largely unappreciated during her own lifetime – is the fruit of a collaboration between several European institutions. The exhibition at the Fondation Vincent van Gogh Arles places the US painter and her realist brush firmly in the spotlight. Imbued with a powerful psychological dimension, Neel’s portraits bear witness to almost a century of evolution in attitudes towards gender and ethnicity, and to radical changes in fashion at the heart of American society. Working in an epoch that declared abstraction the new modernism, Neel would always remain a “painter of modern life” as imagined by Charles Baudelaire, with whom she shared the same vision of modernity and the artist’s role in relation to it.
Hallmarked at once by expressionism and realism, Alice Neel’s œuvre translates the paradoxical personality of its maker, who wanted to paint individuals from all social classes and create a visual history of her time – a Comédie Humaine.
Conceived by Jeremy Lewison, the leading expert on Alice Neel, the exhibition presents more than seventy paintings, including a portrait of Andy Warhol “laid bare” under the artist’s keen gaze. After the Ateneum Art Museum in Helsinki and the Gemeentemuseum Den Haag in The Hague, the Fondation Vincent van Gogh Arles welcomes this major exhibition from 4 March to 17 September 2017, after which it will travel on to Germany and the Deichtorhallen in Hamburg.

Alice Neel is born on 28 January 1900 in Gladwyne, Pennsylvania, USA.
She studies art at the Philadelphia School of Design for Women, an institution that distances itself from the formalist approach to art taught during this epoch.
In the 1930s Alice Neel lives in Greenwich Village, a district of New York with a Bohemian reputation and popular with artists. She is entered on the payroll of the Works Progress Administration, for which she paints urban scenes. During this period she also meets and paints the portraits of fellow Communist Party sympathizers.
In 1938 she moves to Spanish Harlem (today East Harlem), where she embarks on a new series of portraits featuring Puerto Ricans, among others.
In the 1960s she settles in Upper West Side, where she reconnects with the art world and executes her famous portraits of artists, gallerists and curators. At the end of the decade she finds inspiration for her art not only among family members, but also by observing women and children, whom she thus paints at the dawn of the feminist movement. From this period onwards, too, her painting is finally recognized by the American art scene and celebrated in the form of numerous solo and collective shows.
Alice Neel dies on 13 October 1984 in New York. 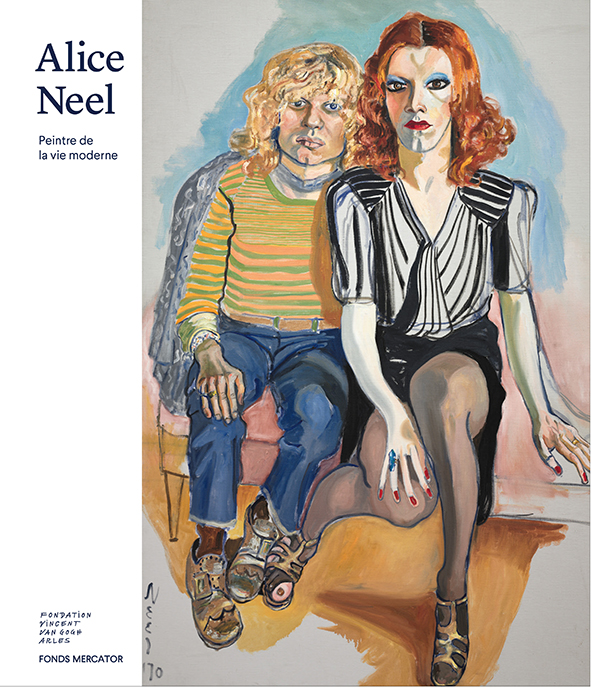