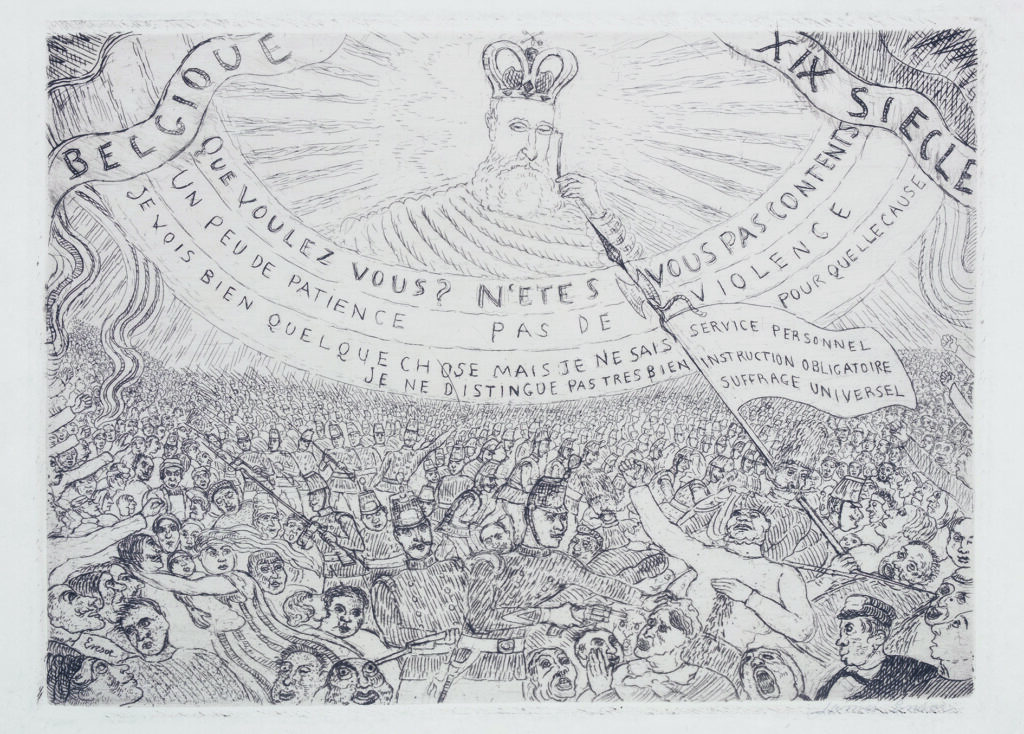 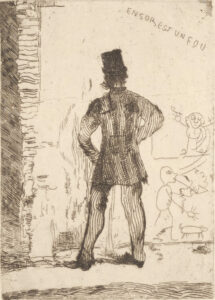 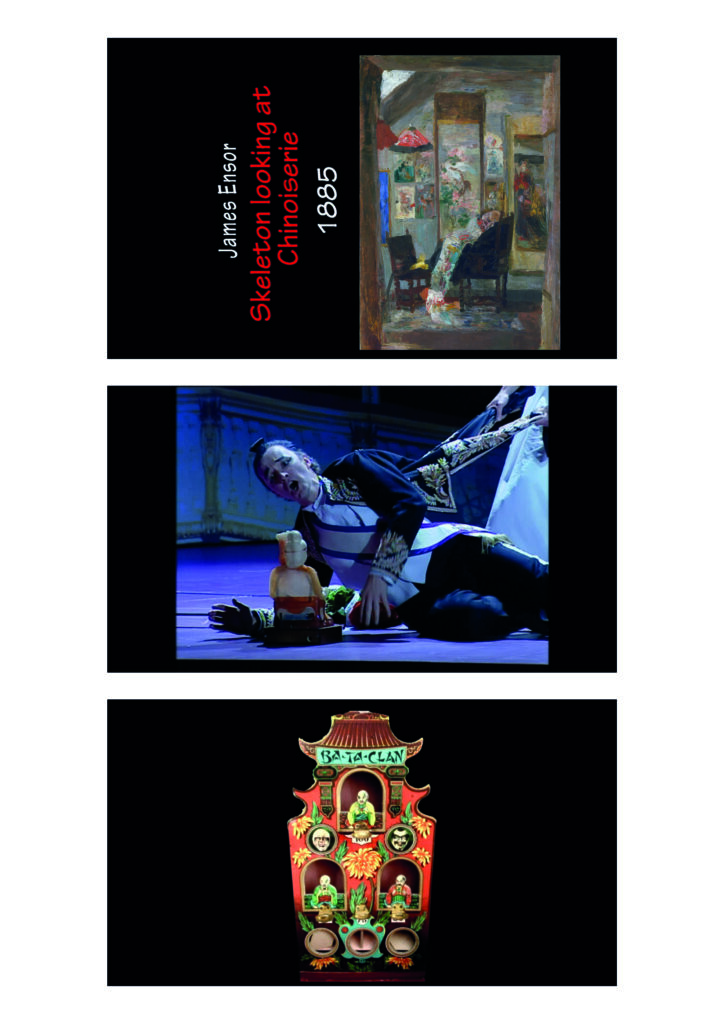 More than thirty engravings by James Ensor, produced between 1886 and 1904, map out a route along which we encounter scenes of crowds, by turns petrified and riotous, and a society in masks, parading in the guise of its demons. Madness accompanies pre- and post-revolutionary forces and carnival seems to go hand in hand with the idea of progress.

A prolific writer, film director, and engaged in TV since the end of the 1980s, Alexander Kluge produces short, often burlesque audio-visual narratives which take up famous and lesser-known episodes in history and religion. The exhibition at the Fondation Vincent van Gogh Arles presents an ensemble of old and new films seeking to replace historical and anecdotal fact, which encompasses works by James Ensor and Vincent van Gogh in a broader constellation. Dark Centuries is thus the forum for a dynamic that has recently led Kluge to take a close look at the works of visual artists, such as George Baselitz and Hokusai.