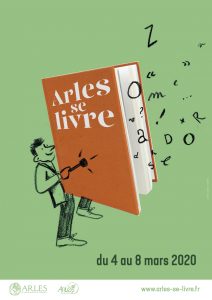 Biographies of the speakers

Joseph Ponthus, born in 1978, lives and works in Brittany. After studying literature in Reims and social work in Nancy, he worked for more than ten years as a specialist educator in the suburbs of Paris, where he directed and published Nous… la Cité (Éditions Zones, 2012).

Sylvain Prudhomme, born in 1979, is a novelist. The majority of his novels are published in Gallimard’s “L’arbalète” collection. His recent books include Là, avait dit Bahi (Prix Louis Guilloux, 2012), Les Grands (voted winner of the “Révélation française” category by the magazine Lire in 2014, winner of the Prix Porte Dorée, 2015), and Légende (Prix François Billetdoux, 2016), which is set in 1980s Arles and the neighbouring Crau region. His latest novel, Par les routes, was awarded the 2019 Prix Femina.